The exhibition brought found objects from the artist’s collection into play with the paintings, the combination producing associative networks between them and across the gallery, simultaneously referencing art, society and politics. The title Restless Republic alludes to both a nation state and a state of being, of flux and volatility, emergence and explosiveness. Here Siopis dissolves distinctions between process and image, between the act of making and re-making, and the critical distance adopted in the act of viewing. Process speaks again of the ‘life’ of the medium; chance is central, control is a myth, and authorship belongs to viewer, medium and maker. Siopis writes:

Giving over to the fluid process with all its vicissitudes and visceralities brings forth sensations and images that press against my consciousness. Everything happens in the moment; the spills of the moving matter ensnare the events of the day. Older gestalts join the fray in my mind’s eye – Plato’s Republic, clashing orders in the French Revolution, Hobbes’ Leviathan … Physical objects fall in and out of the painted world. Some press their faces against the painted surface touching their own reflection. What force pulls here, pushes there? The republic is a particular public in a world of flux.

How to embody flux in the exhibition, where presentation is usually set in configurations that stay put for the run of the show? Siopis writes:

It is true that particular presentations can visualise flux within an exhibition’s limits. This I hope happens with Restless Republic where distinctions between figure and ground dissolve, where aberrant glue-spills agitate the edges of things, where visual orders of paintings and objects clash, where colours fight … But these contingent energies operate as suspended animation, as a kind of displacement for the action that can’t happen in situ. In its stillness the visual unsettlement becomes vulnerable to spectator capture, to the imprint of the model of exhibition that imposes stasis, even synthesis, even when such a stable state is actively resisted. What to do with convention? Change it.

The wall installation changed over the duration of Restless Republic, Siopis taking to heart the saying of Heraclitus, the ancient Greek philosopher of flux: you never step into the same river twice as it is never the same water and you are never the same person.

The exhibition took place concurrent to Siopis’ residency at the Maitland Institute, Open Form/Open Studio, where the public was invited to engage in the evolution of Siopis’ glue and ink paintings as she works in situ, and which included a programme of talks. 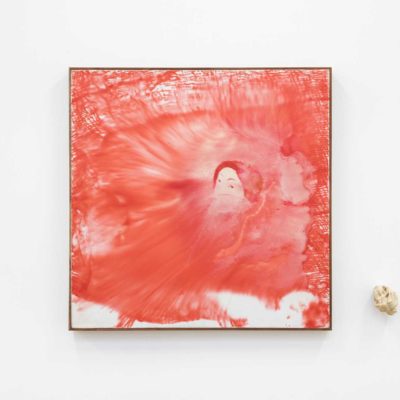 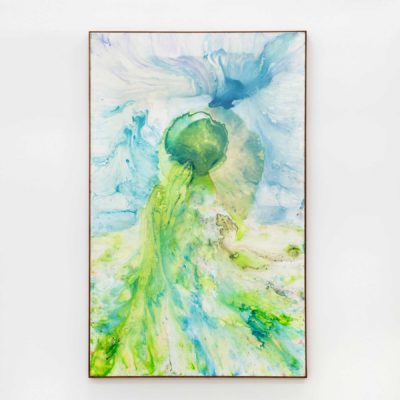 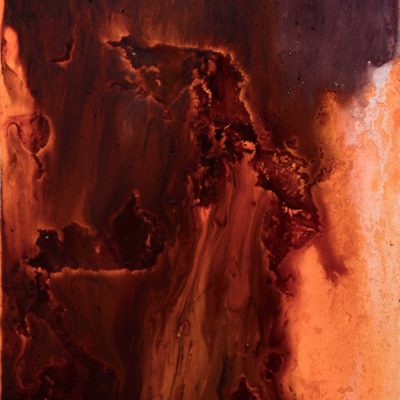 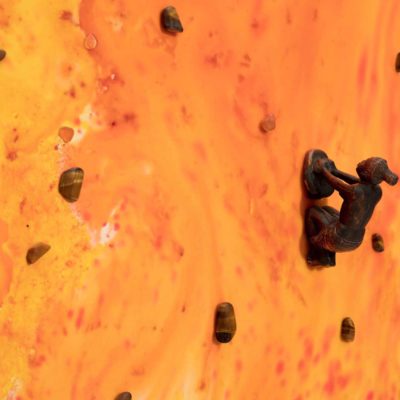 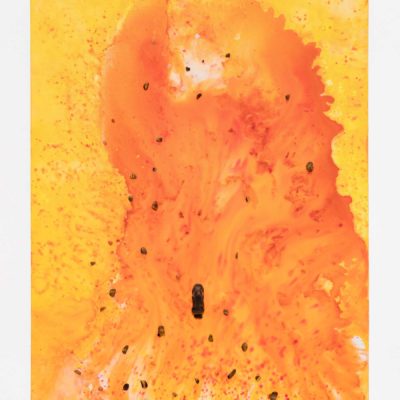 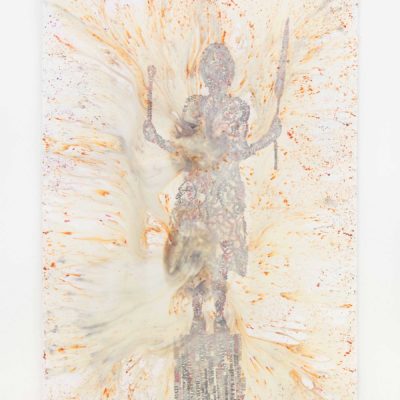 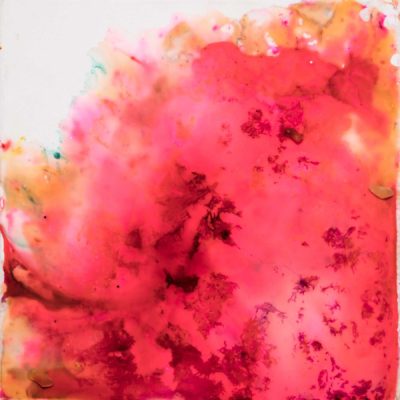 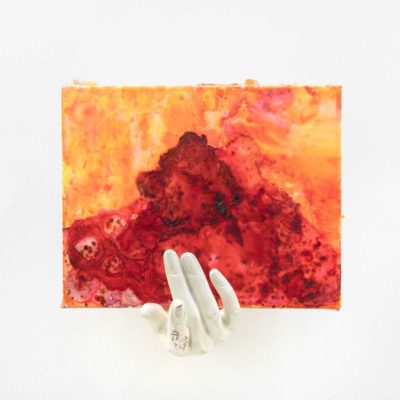 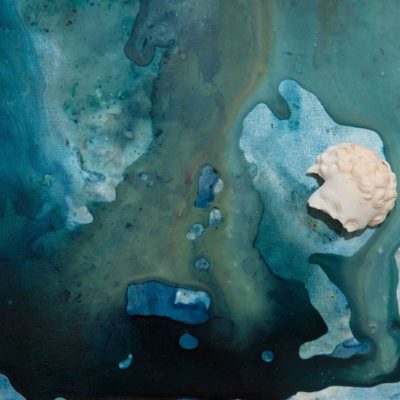 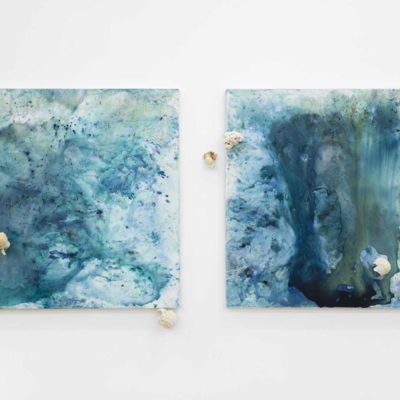 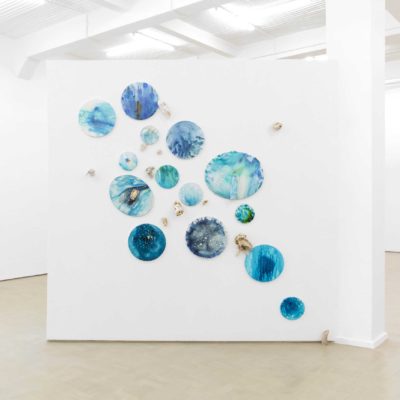 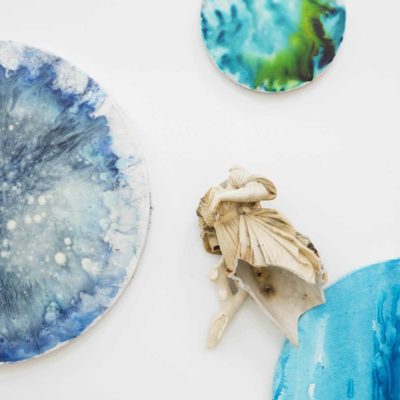 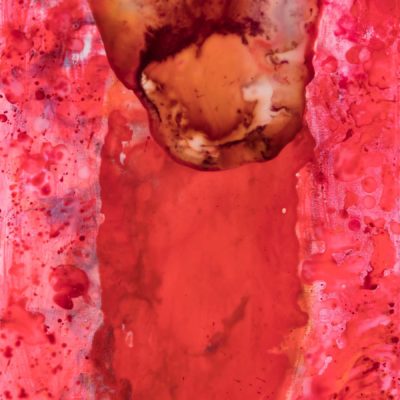 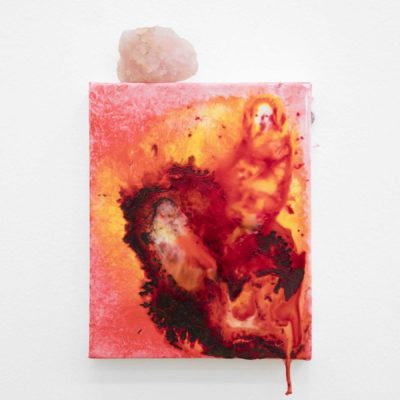 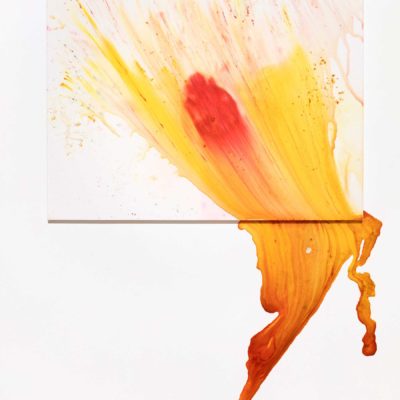 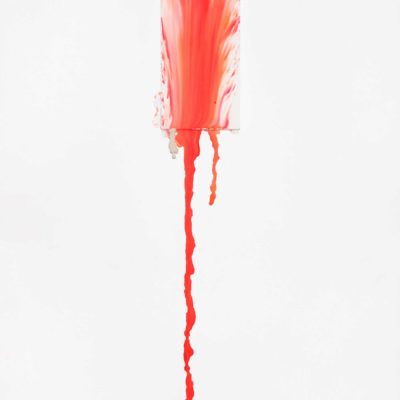 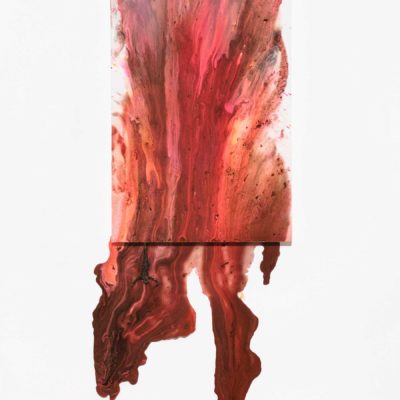 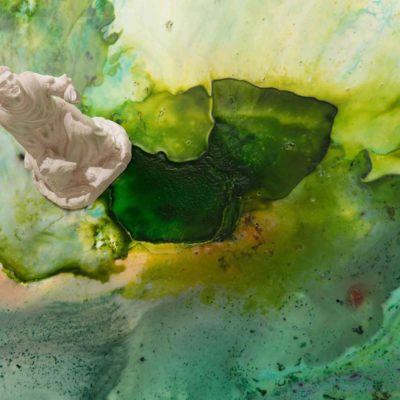 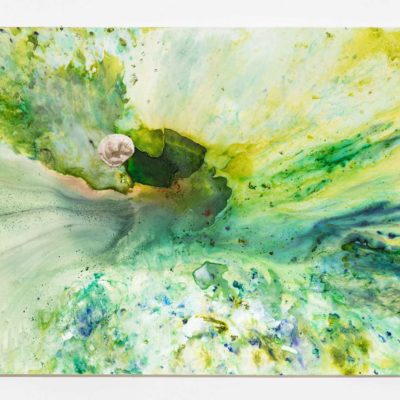 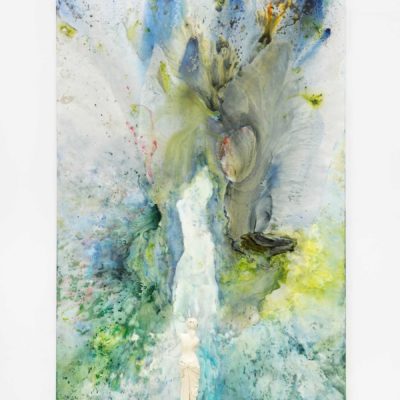 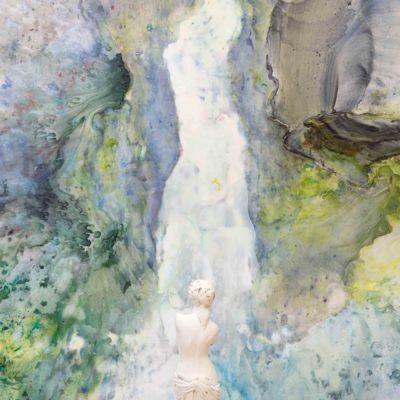 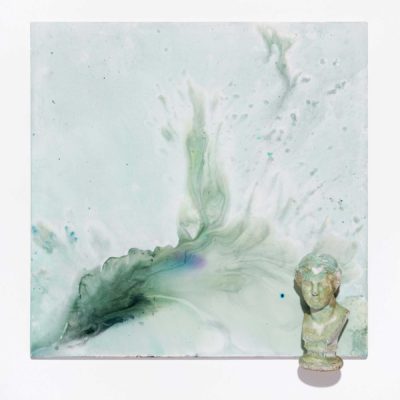 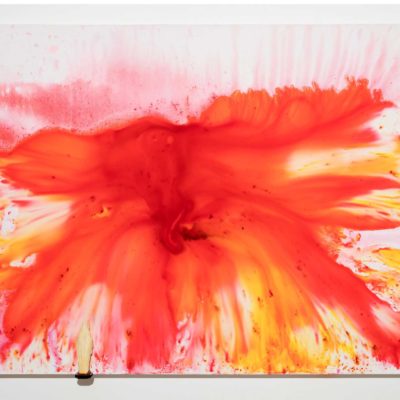 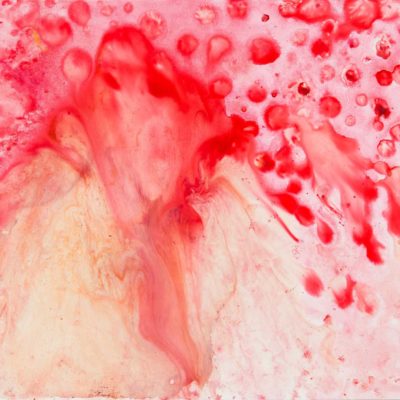 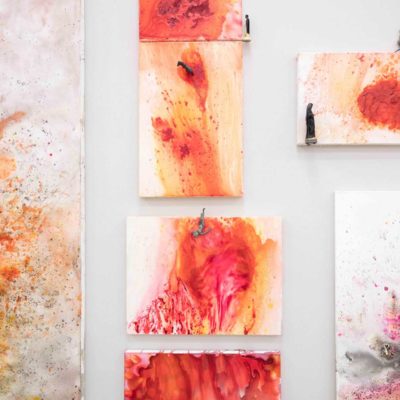 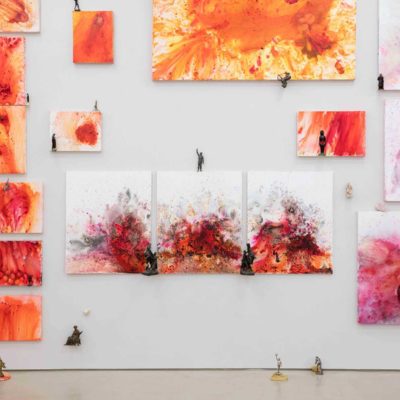 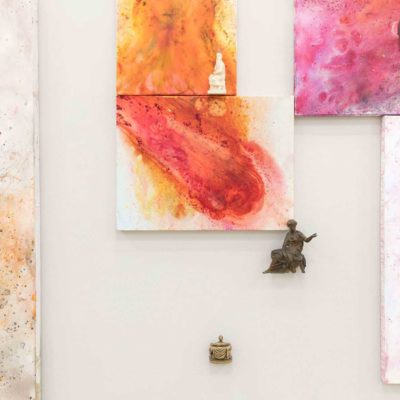 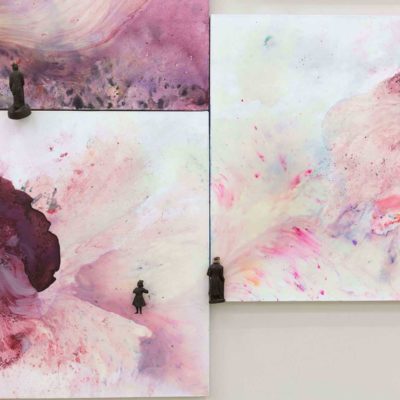 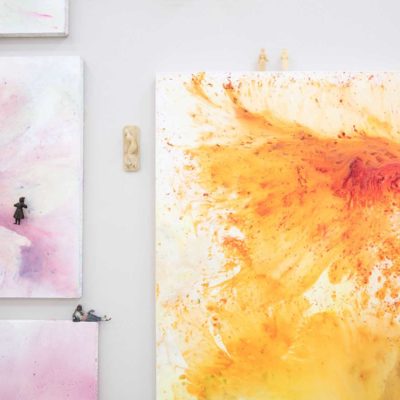 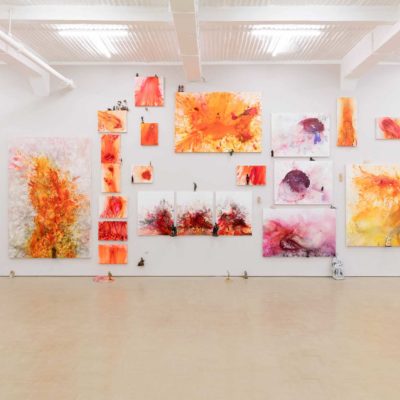