Open Form/Open Studio shows the body of work created as well as the processes documented in Siopis’ four month residency at the Maitland Institute in Cape Town, South Africa.

The public exposure of process in Open Form/Open Studio enabled Siopis’ to assert painting, conventionally understood as a private activity, as social engagement; to present the indeterminacy and vulnerability usually associated with process as a practical way to think through and beyond oneself. To open the studio to visitors to expose an already open process, encouraging everyone to participate in the project.  By paying particular attention to the medium’s physical capacity for transformation, we could all imagine other active presences in the world, which might prompt us to think about dissolving the binaries that constrain human potential for change.  In addition to individual visitors, there were group visits from cultural organisations, tertiary institutions and schools with learners of all ages. Participation manifested itself in different ways, but always around ideas and experience of openness, from demystifying the artist’s hand to the generative potential of working with glue and ink.

A finissage was held with the glue and ink paintings on display as the material residue of the residency along with video documentation of the collaborative process, including the workshops and public talks. Painting series made during this time, titled ‘Transfigure’ went on to be exhibited at the Zeitz MOCAA’s inaugural exhibition within a group show titled ‘All Things Being Equal’ in 2017.

Siopis’ writings, reflections and critical engagements from Open Form/Open Studio were then published in the book Material Acts the following year (2018). 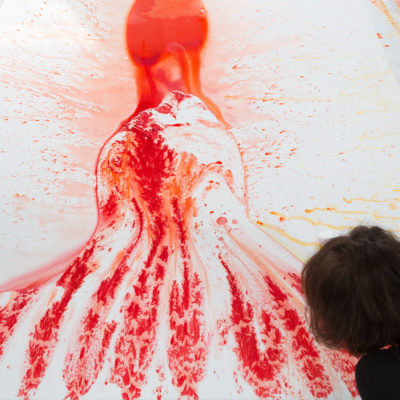 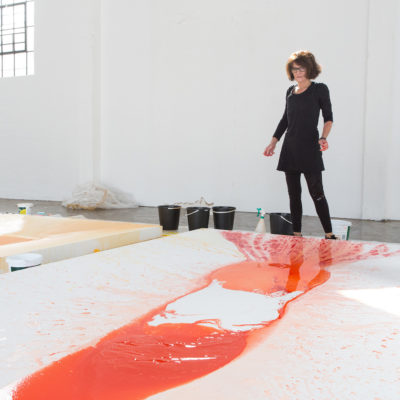 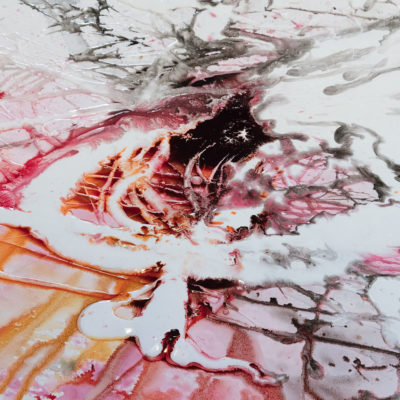 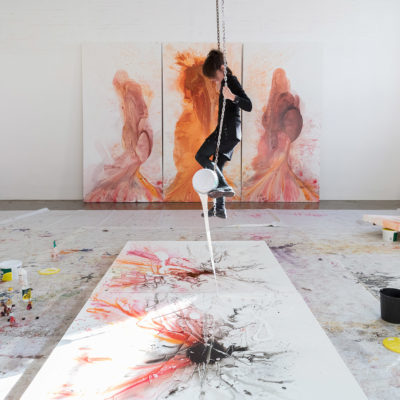 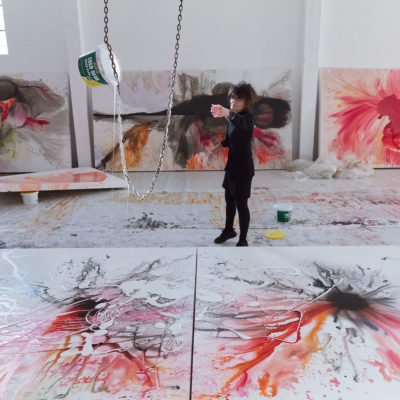