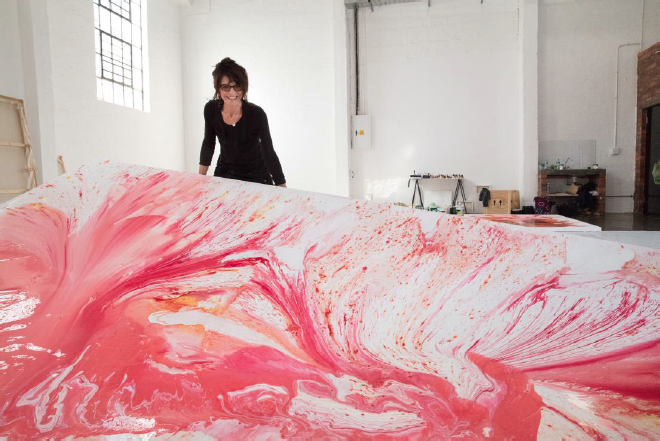 Penny Siopis lives in Cape Town. She is an Honorary Professor at the Michaelis School of Fine Art, University of Cape Town, and has an Honorary Doctorate from Rhodes University, Makhanda.

Her solo exhibitions include Moving Stories and Travelling Rhythms: Penny Siopis and the many journeys of Skokiaan, National Gallery of Zimbabwe, Bulawayo (2019); This is a True Story: Six Films (1997-2017), a retrospective of her film works at Zeitz Museum of Contemporary Art Africa, Cape Town (2018); Incarnations at the Institute of Contemporary Art Indian Ocean, Mauritius (2016); Penny Siopis: Films at the Erg Gallery, Brussels (2016); Time and Again: A Retrospective Exhibition at the South African National Gallery, Cape Town (2014), and Wits Art Museum, Johannesburg (2015); Obscure White Messenger at Brandts Museum, Odense, Denmark (2014); Red: The iconography of colour in the work of Penny Siopis at the KZNSA Gallery, Durban (2009); Three Essays on Shame at the Freud Museum, London (2005); and seven solo exhibitions at Stevenson, Cape Town and Johannesburg (2007-2019).

Awards include the Alexander S Onassis fellowship for research in Greece, and residencies at Delfina and Gasworks in London, Civitella Ranieri in Umbria, the Tropen Museum in Amsterdam, and Ampersand in New York. She is a recipient of a Lifetime Achievement Award from the Arts and Culture Trust of South Africa. Her work is represented in major public collections in South Africa; international collections include the Centre Pompidou, Paris; the Smithsonian Institution, Washington; Moderna Museet, Stockholm; and Tate, London.